A Dong Son drum is a bronze drum fabricated by the Dong Son culture in the Red River Delta of northern Vietnam. The drums were produced from about 600 BCE or earlier until the third century CE; they are one of the culture’s finest examples of metalworking.

The drums, cast in bronze using the lost-wax casting method are up to a meter in height and weigh up to 100 kilograms (220 lb). Dong Son drums were apparently both musical instruments and cult objects. They are decorated with geometric patterns, scenes of daily life and war, animals and birds, and boats. The latter alludes to the importance of trade to the culture in which they were made, and the drums themselves became objects of trade and heirlooms. More than 200 have been found, across an area from eastern Indonesia to Vietnam and parts of Southern China.

Thanh Hoa province, the Bluestone area where the first people who made this specially and proudly things 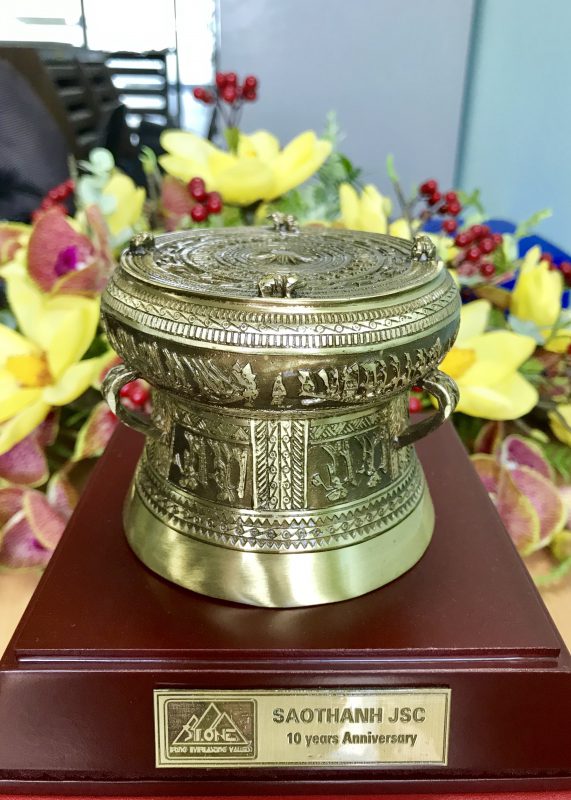